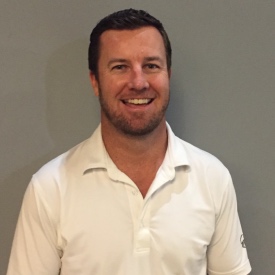 A native of Sydney, Australia, Dale started his PGA Apprenticeship at Kogarah Golf Club in Sydney. His desire to teach and train with the best led him to Hank Haney, one of the premier teachers in the game of golf and former coach to Tiger Woods. Dale studied under Hank for more than 10 years during which he began to incorporate his own teaching style into the strong foundation from Hank.

After a brief sabbatical in Hawaii, Dale returned to Manhattan and currently is a PGA teaching professional for Golf & Body NYC and Eligo Club.

Throughout his 21 year career, Dale has steadily built a reputation as a versatile instructor to both men and women students at all levels, from pure beginners to club players to NCAA college players to touring professionals. Notable past students include:

Dale has always believed golf is a game for everyone to enjoy and a game that everyone can improve at. His teaching philosophy is based on analyzing ball flight and club impact as it relates to the swing plane and body pivot. He looks at four components of the swing:

One or more of these areas will stand out, allowing him to know the direction to take to improve the student’s swing. The end goal is to improve the student’s ball flight and impact by swinging the club on the correct swing plane. Using the proper setup and grip, and swinging the club along the swing plane established at address, will enable any player to hit straighter, more consistent golf shots. If you’re looking for information about how to swing the golf club, there’s no shortage of available options. You can go on YouTube, watch Golf Channel or read one of the monthly magazines and find thousands of tips. But it isn’t how much information you have that determines how good you are as a golfer. You need the practical advice that works for your game. Hank Haney has helped thousands of players travel the road to better golf - from the best players of all time to the best  20-handicappers at their club. With this guide, you’ll hit better shots without the complexity, confusion and contradictions. You’ll shoot better scores, and you’ll have more fun.